The key goal of this system is to provide instantaneous, high-reliability tunnel monitoring and local control for these subsystems within three different areas of operation: the communication network, control center and the area controller.

● Several ISM 2008D are connected to each other in a ring formation through a redundant ring network and the data is uploaded to the substation switch through a rackmounted ISM 3018D. 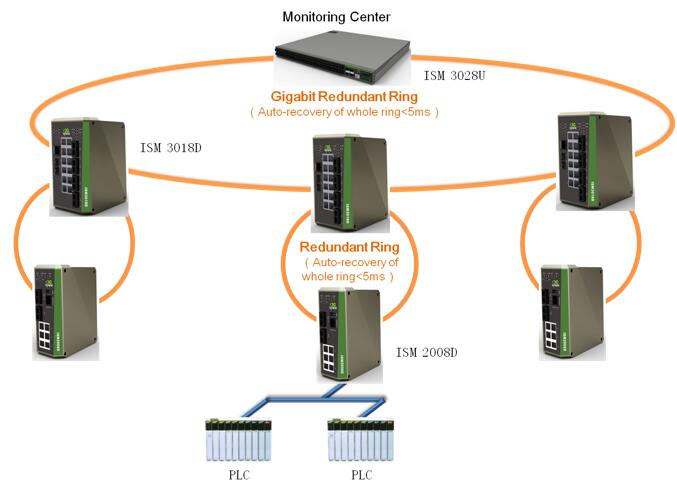 ● InSwitches are guaranteed for long service life and extreme reliability in industrial conditions by featuring the highest level of electromagnetic compatibility, operating temperatures at -40 ~ 85℃, IP40 protection class for reliability and stability in harsh environments.